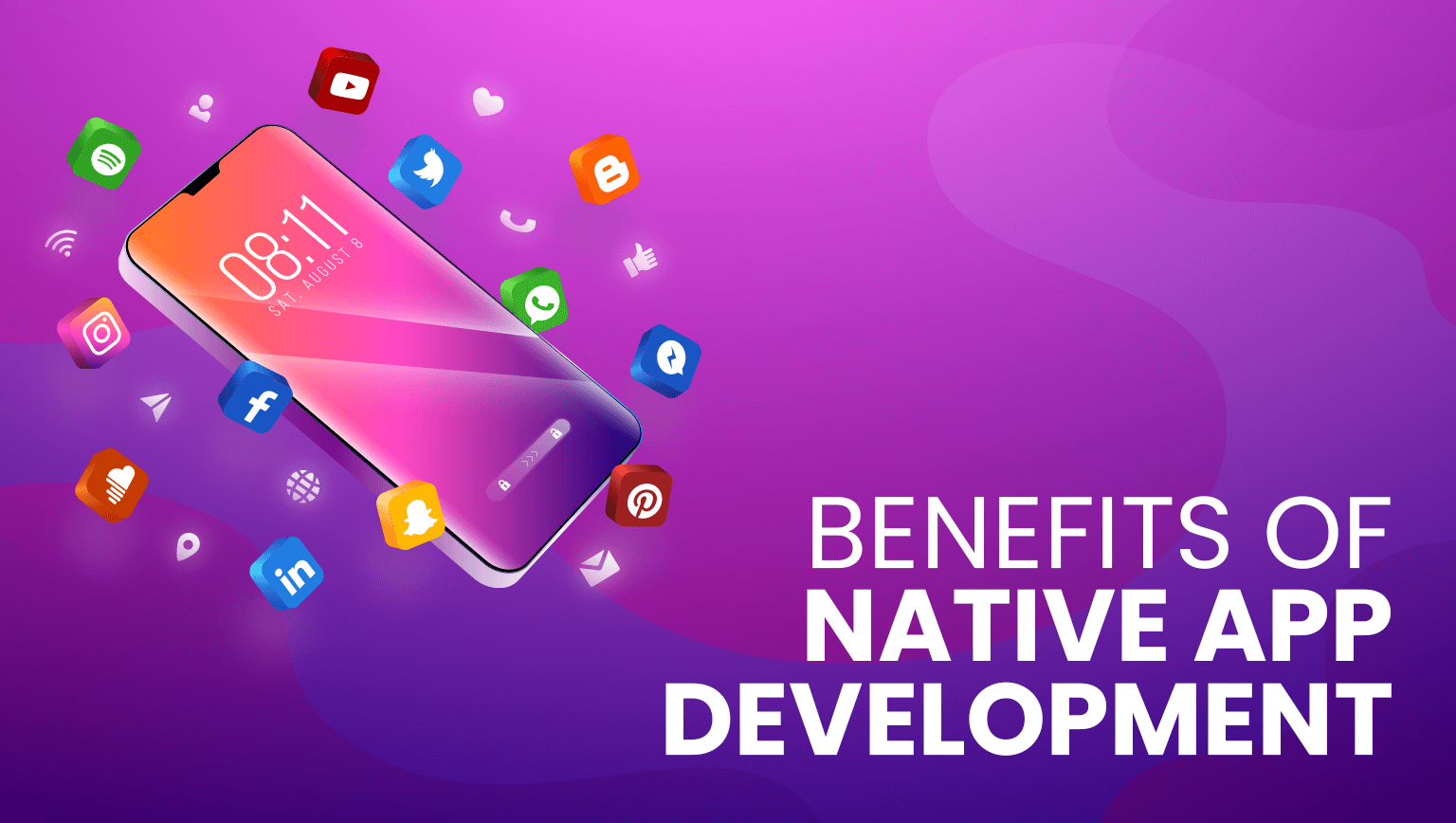 While almost every company in the world wants to have a mobile application, the most common challenge for many of these companies is whether to choose a native or hybrid approach while developing the app. The line between these two options is getting more blurred by the day. However, it’s important to note that none of these options is wrong, each has its unique advantages. Here in this article, we are going to cover some key benefits of the native mobile app development.

The approaches are different in many ways including the distinguishing features and the technology applied. The choice of a company depends on its size and requirements. Let’s see the difference between a native and hybrid mobile app.

What is a Native App, and how is it Different from Hybrid?

A native mobile app is developed specifically for a given operating system. Users can only access and download them from a specific store like the App Store for Apple, and Google Play Store for Android. A native mobile application also involves the developers using a particular language for that specific app.

For example, if you need an app for iOS, your developer must use either Swift or Objective-C. And Android app must be done in either Java or Kotlin.

A hybrid app, on the other hand, is a web-based platform that is designed to function correctly on multiple programs through an embedded browser. The hybrid app relies on HTML and allows development across various platforms. Hybrid mobile applications run inside a native app that uses a mobile platform’s web view.

On this article, we look at the benefits of developing a native mobile app.

Apps depend on many browsers and concealing technologies such as HTML5, JavaScript, and CSS. One of the sure ways to guarantee your app users of ultimate protection of their data is by developing a native mobile application.

Native mobile applications are designed, optimized, and dedicated to a specific platform. The result is a guaranteed high level of speed and performance. They’re highly responsive because the developers make use of that particular platform’s language and APIs. Designing a mobile app specifically for a given Operating System enables the application to leverage the processing speed of the device. This results in an enhanced level of efficiency, which translates to guaranteed reliability in regards to speed and performance.

Native mobile apps are designed and dedicated to particular operating systems/ platforms, which allow the developers to take full advantage of the device’s software and other features. The apps have direct access to the device’s features like the camera, GPS, microphone, camera and so forth. The native mobile app results in faster execution of the app features, which enhances the user experience.

There Are Fewer Bugs during Native App Development

While creating a native app, the developer can access the new Software Development Kit. The developers can start developing the app using the latest features of that particular Operating System. Native mobile application users have access to new features once Android or iOS releases a new version.

Integrated Development Environment is the ecosystem that gives developers an easy time while working on a new native mobile app. Android and iOS have a collection of tools for almost everything a developer would want to do during the app development process, from design to testing.

Both Xcode and Android have reliable tools to use hardware features; these features not fully optimized on cross platforms and web platforms. You can design, tune, analyze, and enable the highest level of performance for your app. Native mobile app development also reduces the development time significantly, which gives the developer ample time to trace and fix any problematic bugs.

A web application limits users on what they can do on a browser, and this defines a developer’s creativity. You cannot be innovative enough to add new features and services to your app. But, with a native mobile application and all of its associated Application Programming Interfaces, you can be as creative as you want. You can go as far as developing your APIs if the one you have cannot do everything you want to do on your app.

Since all web page content resides on web servers, you can operate a web app only and when you connect to the internet. Native mobile apps like camera and games do not depend on the internet connection to operate. They’ll always be there or you whether there’s internet or not.

The above are just but a few benefits of native apps, but if you want to impress your app users and fully leverage the abilities of their devices, developing a native mobile application is the way to do it.